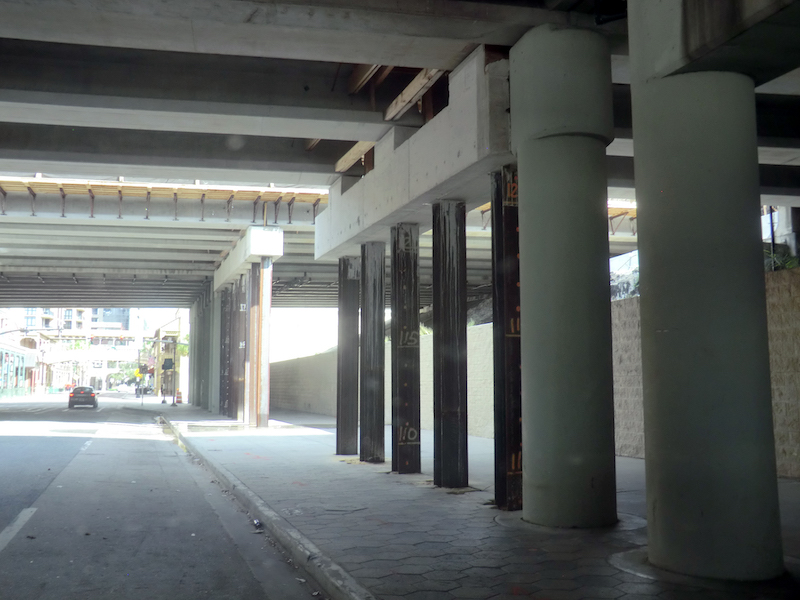 In 1969, in conjunction with the expected openings of the Naval Training Center (1968), Florida Technological University (now University of Central Florida 1969), and Walt Disney World (1971), the SR 408 project began as another east-west corridor through downtown Orlando. This route was built to relieve traffic on SR 50.

The Anderson Street overpass was older, failing, and needed to be rebuilt. This was the first phase of what would become a much bigger project, the I-4/SR408 project, consisting of twelve structures to be built in a series of bridges, overpasses, and flyovers.

The local geologic conditions, along with site-specific constraints and the structural loading requirements of the project, called for deep foundations to be used at the site. Initially, the design called for 11 24” precast concrete piles. However, several attempts to drive the concrete test piles to depth were unsuccessful, due to the high rebound effects. Rebound is caused when displacement piles are driven through soils that don’t allow the pore water pressure to dissipate quickly enough. The temporary increase in the pore water pressure prevents the pile from being driven to the required elevation. Different lengths and configurations were tested with the same results. 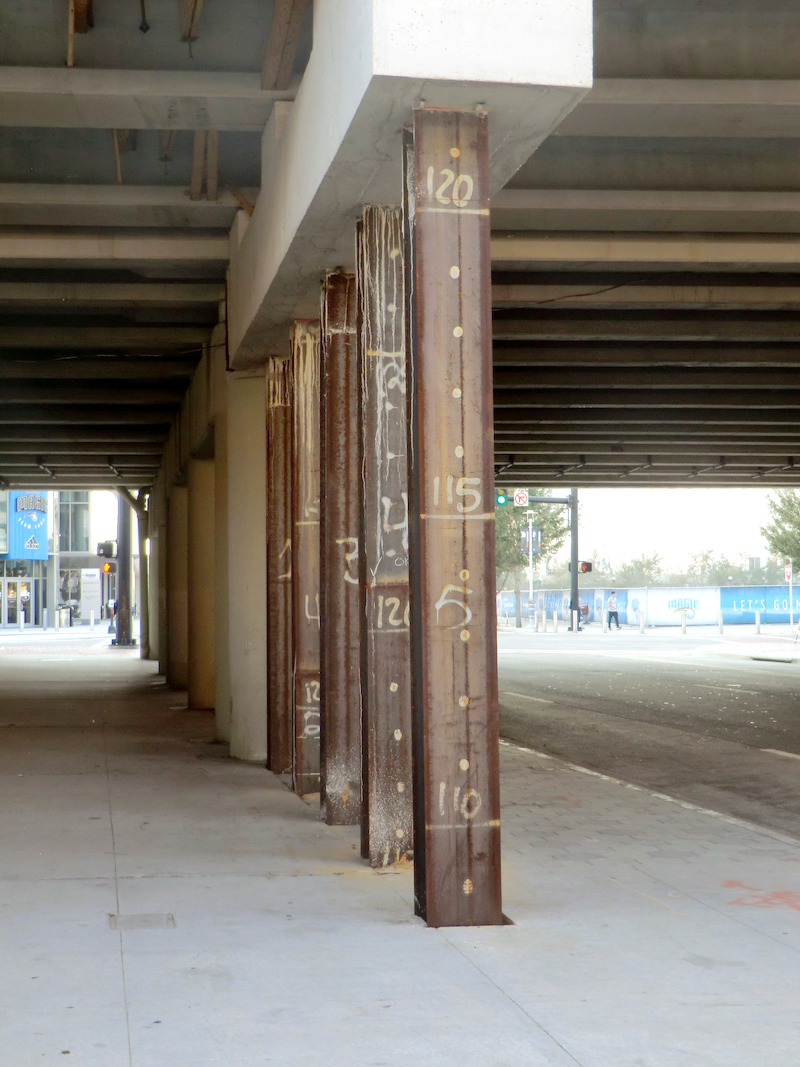 An HP 14X89 steel pile was then test driven and reached design depth with no difficulties experienced. The deep foundation for this pier, and ultimately the rest of the project, were redesigned to allow for the use of steel H-piles.

The success of the H-pile installation at the Anderson Street overpass led the Florida Department of Transportation to redesign the bigger, I-4/SR408 project using HP 14X89 and HP 12X53 from Nucor Skyline, instead of the precast concrete piles.