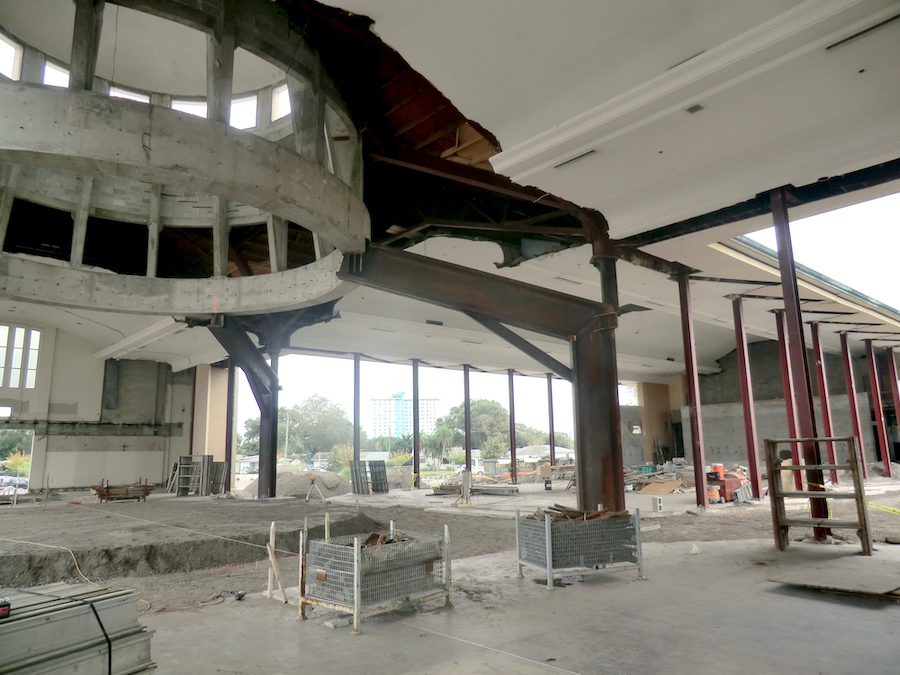 The Catholic Diocese of St. Augustine secured 10 acres of swampland in western Florida in 1950 with plans to establish a local Roman Catholic parish. In 1963, a permanent sanctuary, its design derived from the Byzantine period of the Eastern Roman Empire, was dedicated as the Cathedral of St. Jude the Apostle.

The Catholic parishioners came from the surrounding five counties to a location that was chosen as the Cathedral Church of the newly-established Dioceses of St. Petersburg in 1968.

The architectural centerpiece of the church – a golden dome ringed by stained glass windows – soars 60 feet above the circular sanctuary designed to shower light to the altar below.

The population in northwest St. Petersburg, Fla. swelled over the past 50 years and the overflowing crowds at St. Jude’s Church precipitated the need for a larger structure. Now the worship center for almost a half million Florida parishioners, the church was in dire need of rehabilitation. However, renovation of the current structure projected as a more economical solution than costly repairs or new construction.

The project plans included the installation of a new roof, floors, bathrooms, pews, doors and disabled accessibility. The engineering challenge for the church was the elimination of eight support points that obscured parishioners’ views during services, while providing the necessary support to keep the original golden dome intact.

The contractor wanted to replace 16-inch round columns, that supported tie beams holding up the dome, and four more outdoor columns, that held up the roof, with new cantilevered W36 columns situated on bases along the side walls.

Traditional column installation would require lifting of the dome, the columns brought in and raised up over the bolts in the footing, and then the dome lowered back down on top of the columns. Each time the dome had to be moved, the cost overruns could increase substantially. Additionally, the contractor wanted to avoid further costs resulting from damages and repairs to the existing roof structure and plaster ceiling. 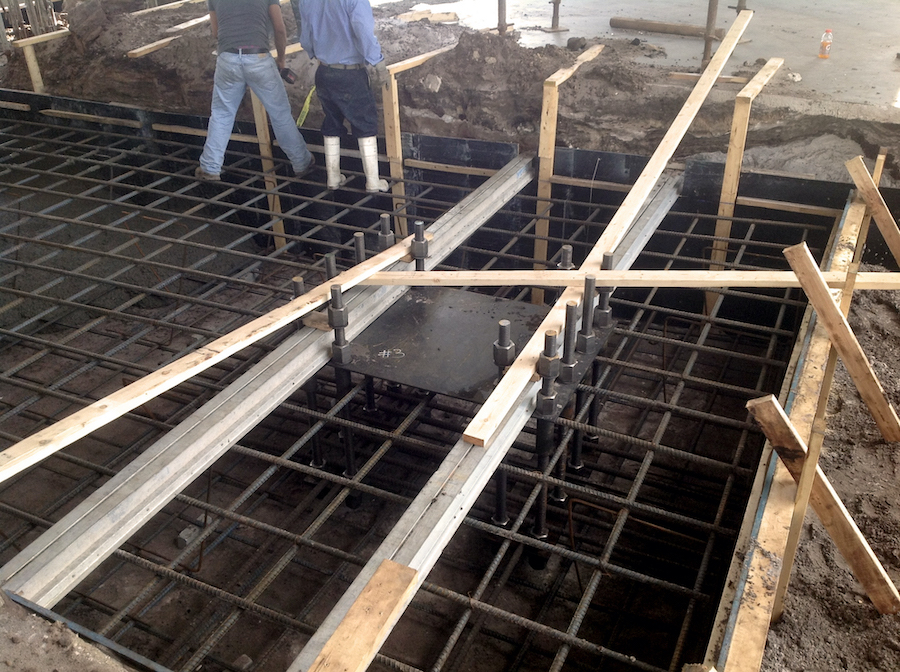 The construction plans called for a two-part system. The first part was the insertion of an engagement coupler into the concrete base slabs. Skyline’s threaded bar system allowed the couplers to sit flush with the base plate and surface of the concrete slab. This eliminated the need to jack up the dome 12 inches in order to set the beams over the bolts to the final fixed position.

The second part of the system was securing the columns to the bases with either 20” or 32” sections of threaded bar. These shorter sections threaded directly into the couplers, and secured the beams to base plates and footers with washers and large hex nuts provided by Skyline.

Using the extensive information available on the data sheet located at Skyline’s website, the contractor chose Grade 150 threaded bar at 1-¾” thickness. Skyline provided expedited delivery to the job site, damage-prevention in the package, while additional orders of hex nuts were obtained easily and the 20” and 32” bars were cut to precise lengths. The collection of thread bars, washers, hex nuts, jam nuts and couplers delivered by Skyline saved contractor approximately $60,000.

“This project is attracting a lot of attention. It’s something I’ve never been part of,” said contractor Bruce Johnson from Herman Construction. “I have someone who’s been setting steel for nearly 70 years, and he’s never seen anything like it.”

Work on the $9 million makeover began in summer 2012. After the grading of the project site, a pair of 36-ton cable forklifts was used in tandem to set the columns during a two-day process. One forklift was placed in the back at the base plate side, while the other was put up front to support the cantilevered arm during column assembly. On the first day, workers set the first of four columns, and after kinks were ironed out, the other three got set in the second day.

If a traditional application was used, the contractor would have needed a 200-ton crane to raise the roof, representing approximately a $30,000-per day expense. By using Skyline’s geostructural solution, three weeks were shaved off the project timeline.

After 15 months of work, a dedication service led by the papal ambassador to the United States celebrated the new renovations to the Cathedral of St. Jude the Apostle. The parishioners were welcomed back to the church on 5th Avenue with unobstructed sight lines to the altar and an overall increase of 8,000 square feet with wider aisles.

The contractor monitored the positioning and movement of the threaded bar assemblies and did not observe any signs of settling or shifting.