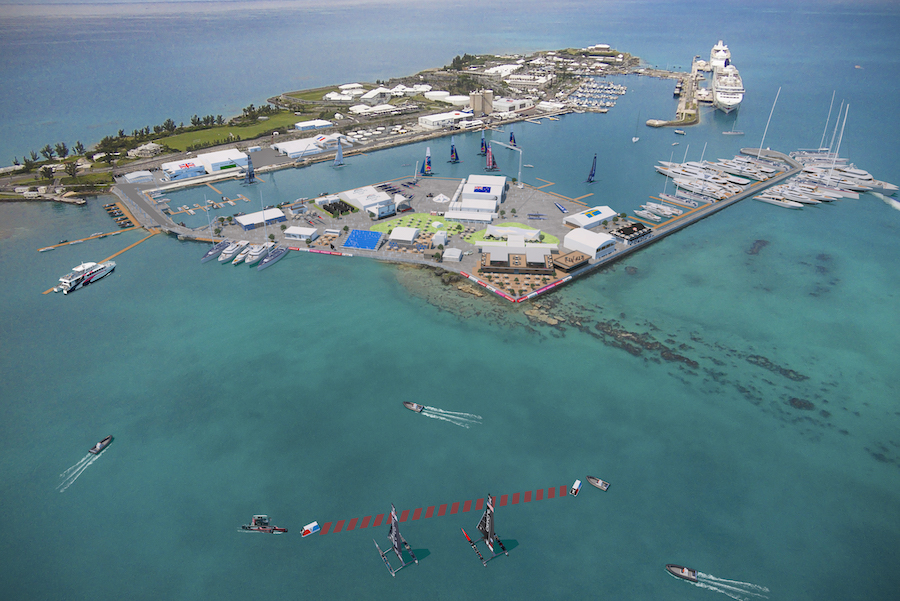 Bermuda is a small island nation, composed of 181 islands totaling 21 square miles inhabited by over 60,000 residents. In December 2014, the America’s Cup Event Authority announced that Bermuda had been selected to host the America’s Cup in 2017.

In conjunction with a Royal Caribbean Cruise Line project to dredge the North Channel, the West End Development Company began planning efforts to create nine acres of new land inside the southeastern corner of the existing breakwater. Thus, creating an island within the existing Royal Navy Dockyard basin. This area will house the event village for the 2017 America’s Cup in Bermuda. The new land will provide a viewing area for the races in nearby Great Sound. The event village will have activities associated with the sailing tournament, including all the team bases, a pit row, food and beverage venues, and entertainment/concerts. The plan includes a boat yard with multiple dry storage racks, two parking areas, access roads, utilities, and several buildings to serve as offices for the port and marine. The fill area will also include a dock specifically for tugs and ferries. The northern side of the breakwater will house a marina with 68 berths. After the event, the reclaimed land area will be a valuable waterfront resource for the Dockyards area.

The first part of the project involved relocation of approximately 140,000 cubic yards of sand onto a shallow plateau to begin the creation of the land. Cashman relocated the sand within the site to create the fill area. Another 160,000 cubic yards of four-inch minus granite was transported to the site from Canada. 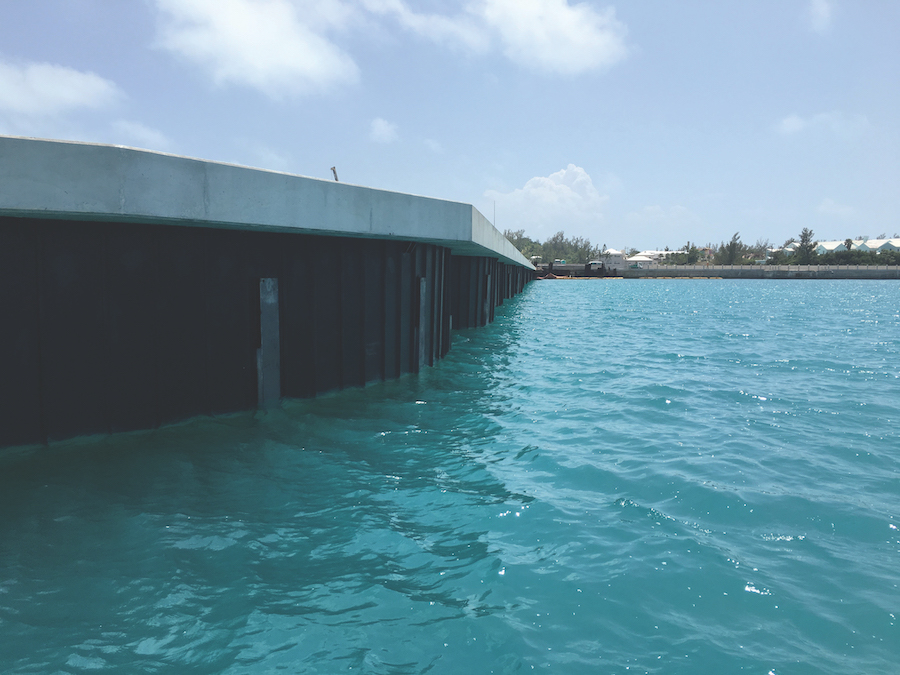 A new seawall was needed to optimize the fill quantities and to create a new quay wall within the Dockyard’s basin. The seawall, measuring approximately 1350 linear feet, was needed on two sides of the land reclamation area. A traditional tied-back combi-wall was initially proposed for the site, taking into consideration the height of the wall and the variable soil conditions at the site. However, because of deep layers of soft marine sediment and a zone of exposed limestone bedrock, the combi-wall system was an expensive solution requiring staged construction and underwater pile socketing. 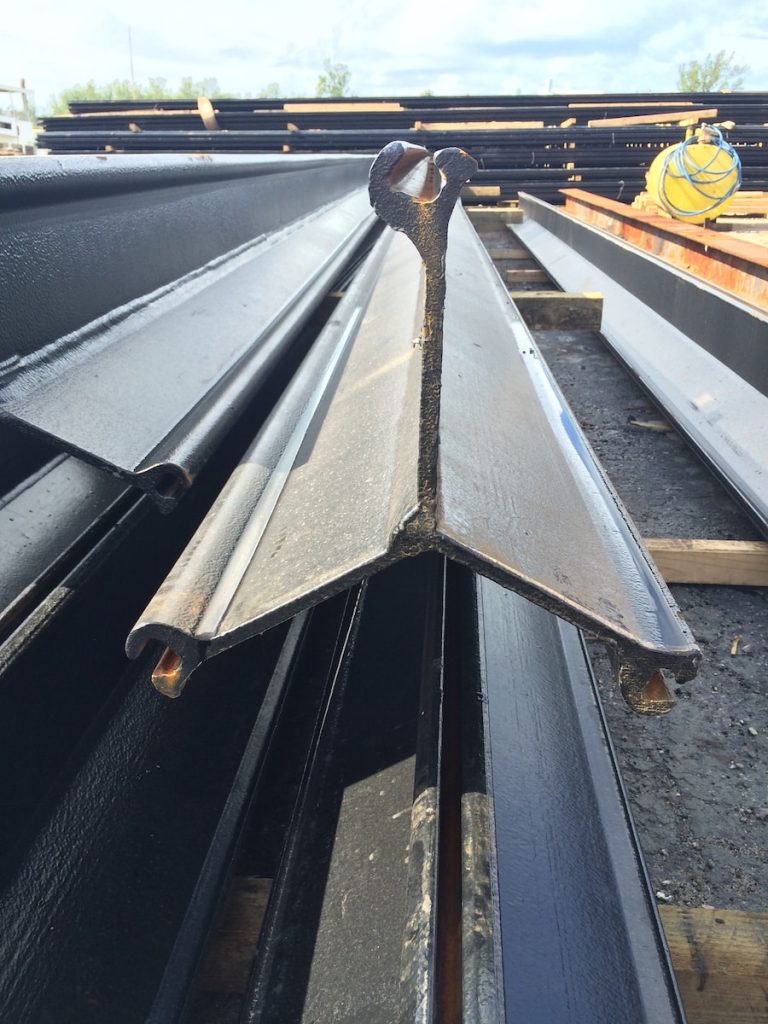 Nucor Skyline connected Cashman Dredging and Marine Contracting Co., LLC with PND Engineers to develop value engineering alternatives for the project’s seawall. PND proposed using an OPEN CELL SHEET PILE™ bulkhead as a value-engineering alternative for the project. The OPEN CELL system utilizes flat-web sheet piles and simple steel connectors to create a robust retaining wall consisting of linked steel face arcs. The OPEN CELL design provided a cost savings of nearly $5 million dollars off Cashman’s initial bid of $27.7 million. The system is well suited for a variety of site conditions, including the weak soils and the shallow bedrock encountered at the Royal Navy Dockyards. This project included a total of 36 cells. The maximum height from mudline to surface was 44 feet, while sheets varied in length from 45 feet to 60 feet. The design surcharge was 200 psf with an allowable high loading condition of 400 psf. The OPEN CELL bulkhead was coated with a glass-flake coal-tar epoxy coating and supplemental anodes for long-term corrosion protection in the salt water environment. Finally, the bulkhead was capped with a straight-line concrete surface to match the existing surfaces within the basin. The seawall was constructed over a period of four months and was completed in July 2016 in time to begin staging the America’s Cup race.