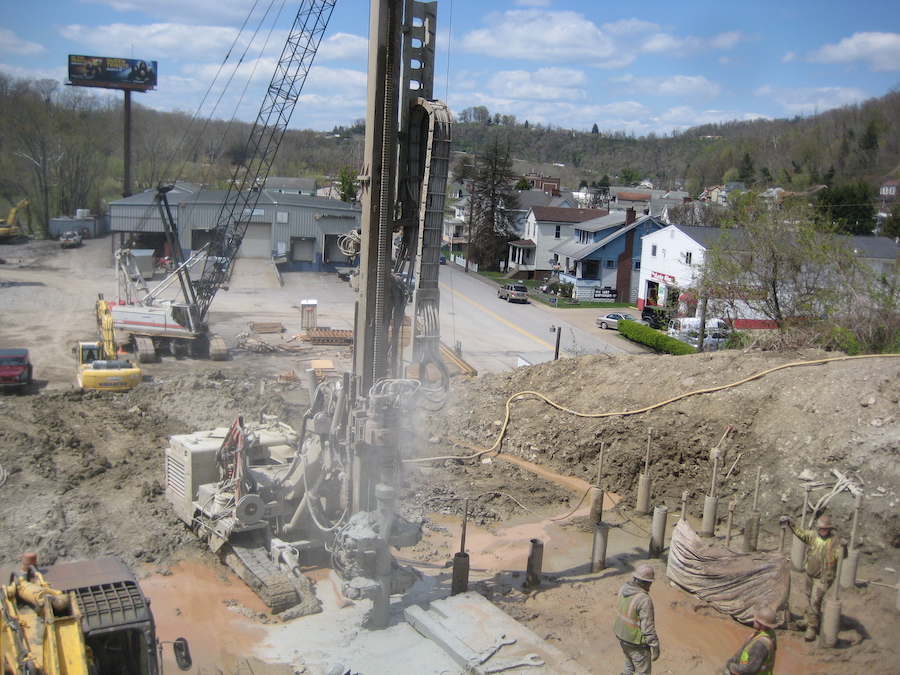 Interstate-70 runs from Cove Fort, UT to Baltimore, MD, where it crosses the northern panhandle of West Virginia through Ohio County and the City of Wheeling. The section of I-70 that runs through 14.45 miles of West Virginia was opened in 1963 and completed in 1971.

Fifty years of wear and tear takes a toll on the highway system and its bridges. Because of this, the West Virginia Department of Highways (WVDOH) is working on a $214 million project to overhaul the I-70 corridor and the 14 bridges that are part of the interstate system. The Fulton Street Bridge, which runs over the Wheeling River just outside of Wheeling, West Virginia, is the only bridge that is being completely rebuilt due to older, rusting metal and eroding concrete.

The contract for the Fulton Street Bridge was awarded to Swank Construction Company, LLC. Swank worked with the WVDOH and HDR, Inc., the engineers and designers of the bridge. HDR, Inc. designed the 1,200 foot long, twin mainline structure to use prime domestic threaded micropile casing for the foundations of both westbound and eastbound bridge abutments.

Swank reached out to Nucor Skyline for their expertise in geostructural steel products and their ability to provide prime domestic micropile for the project. Nucor Tubular Products has invested in an Electronic Resistance Welded (ERW) process to produce prime domestic micropile casings, which satisfy the Buy America requirements of many infrastructure projects within the United States.

Micropiles are ideal for complex sites where low noise levels or low vibration is required, or where limited access such as low headroom and drilling is difficult. Additionally, when there are obstructions, large cobbles or boulders, high groundwater conditions, karstic rock, or nearby sensitive structures, micropiles are the right product for the project. The unique characteristics of micropiles make them a perfect solution when other deep foundation methods are not suitable.

Because the work on the Fulton Street Bridge project will span over two years, Nucor Skyline worked with Swank to lock in the pricing early in the process for all of their micropile casing needs. The westbound bridge work has already started, with shipments from Nucor Skyline beginning in February 2020. The threaded casings, supplied in 20-foot segments for the micropiles, ranged from 63 feet to 85 feet in situ. There were no issues on the westbound side of the bridge, as borings showed no obstacles. Using a Comacchio MC-15 drill rig with a mast extension to facilitate running the 20-foot casings, Swank drilled to a design depth of approximately 90 feet, allowing for 25-27 feet rock sockets. Once the micropile casings and rock sockets were in place, grout was pumped into the hole for bonding.

The eastbound side of the bridge, which borings show to have boulders and cobbles, won’t be able to be shut down until February 2021. With that in mind, Nucor Skyline is storing the unthreaded product, until advised by the contractor of the lengths needed for this section of the bridge. The eastside of the bridge has low headroom conditions, with the existing structure overhead. Nucor Skyline provides custom threaded casing in lengths from 5 feet to 40 feet, depending on headroom restrictions and equipment capacities, which makes the use of micropiles the right product for the project.