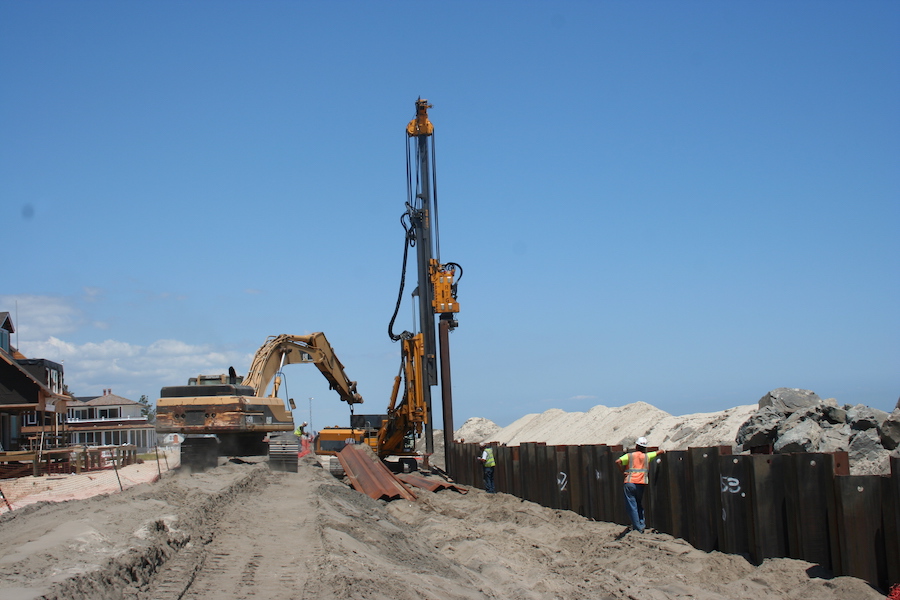 The Need for Coastal Protection

The catastrophic damage from a type of storm historically seen in the Southeast and the Gulf Coast awakened local authorities to the necessity of protective measures.

The U.S. coast is substantially more crowded than the country as a whole. In 2010, over 123 million people, or 39 percent of the nation’s population, lived in Coastal Shoreline Counties, representing less than 10 percent of the U.S. land area (excluding Alaska). The expected increase in U.S. Coastal Shoreline County population density from 2010–2020 is 37 persons/mi2 versus 11 persons/mi2. This situation presents coastal managers with the challenge of both protecting coastal ecosystems from a growing population, and protecting a growing population from coastal hazards. Today, among coastal states exposed to hurricane strikes, only Florida ranks higher than each of the Northeast states in terms of the percentage of total property considered coastal—and thus vulnerable to catastrophic damage from a coastal storm.

Many areas of the densely populated Northeast coast face substantial increases in the extent and frequency of coastal flooding and are at increased risk of severe storm-related damage. In addition, the continuing loss of the coast is an issue facing many Northeast states. Along much of the Northeast shoreline—from New Jersey to Cape Cod— there is evidence that relative sea-level is rising faster than the global average because the land is gradually subsiding. The rise in sea-level is putting these shores at heightened risk of inundation and damage.

Sea-level rise is also projected to permanently inundate low-lying coastal areas and increase shoreline erosion and wetland loss. Shoreline erosion is already a severe problem in many parts of the Northeast. Along the Jersey Shore, for example, the 100 miles of nearly continuous sandy beach already suffers from severe erosion exacerbated by storm damage and unbridled coastal development. 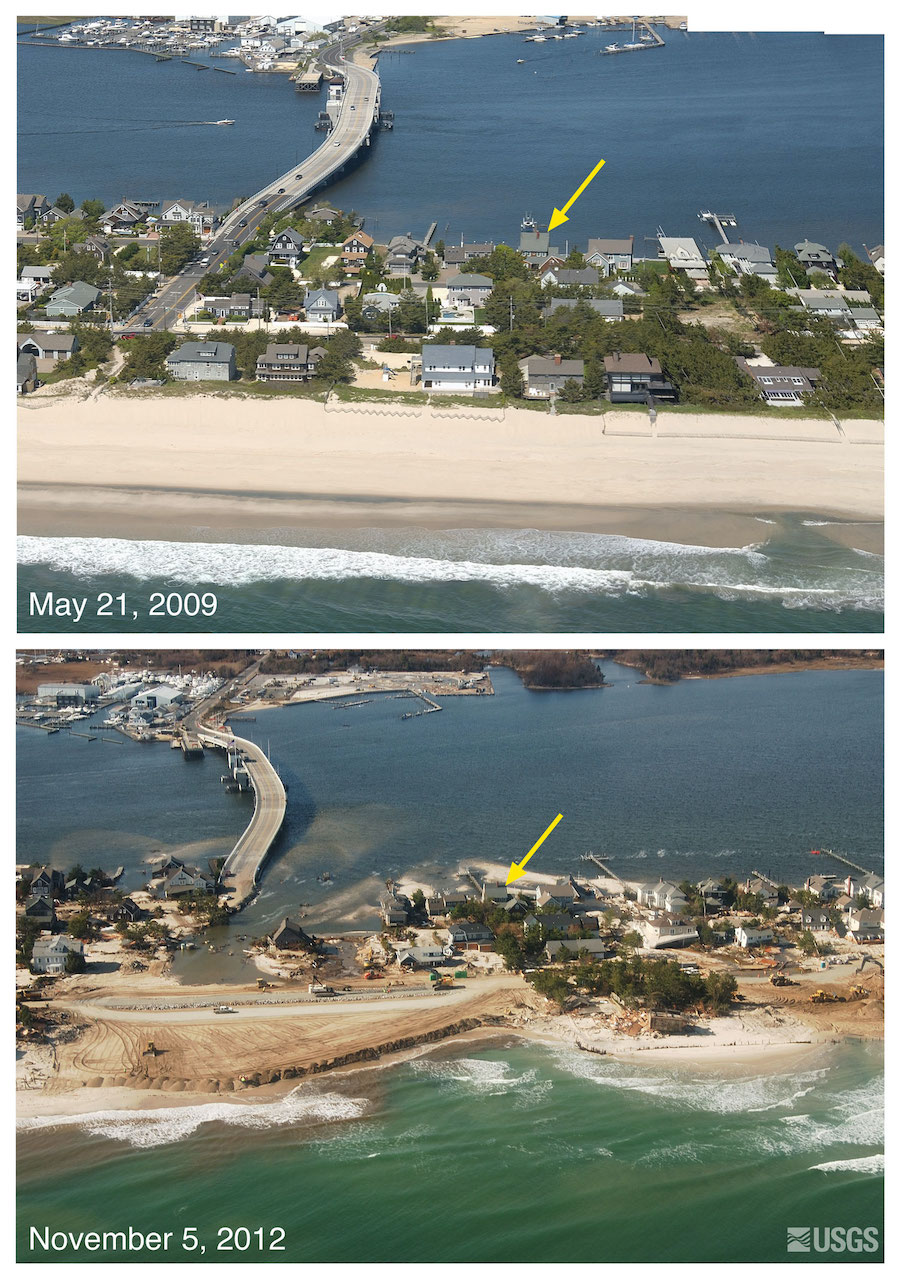 The Northeast coast is vulnerable to a variety of storms, ranging from rare but intense tropical storms and hurricanes to less intense but more frequent nor’easters. As a storm approaches shallow nearshore waters it frequently generates a storm surge, a wind- and pressure-driven swell that can temporarily increase sea-level and flood low-lying coastal areas. When these storm surges occur in conjunction with high tide (or over several tidal cycles), flood-related property damage can be catastrophic and the risk to human life substantial. Compared with hurricanes, nor’easters are typically lower-energy storms, but they occur more frequently and generally last longer and cover larger areas, allowing some of these storms to have a greater impact on coastal areas.

The high concentration of population, property, infrastructure, and economic activity in coastal areas of the Northeast creates considerable challenges for emergency response, hazard mitigation, and land-use planning. Investing in coastal restoration and hurricane protection has become a necessity for these areas. Bulkheads and seawalls protect shoreline neighborhoods from wave action and storm-related flooding. As rising sea-level creates higher and more frequent storm surges, coastal cities will need to implement these types of defense structures to slow erosion and prevent land loss.

If investments in coastal restoration and hurricane protection are made, we can expect a reduction in storm damages in the future. Those savings will first manifest themselves in lower insurance costs for residents and businesses. Lower insurance costs will impact existing businesses in the area and will attract new businesses that will have greater confidence that storms will not cripple their investment.

Hurricane Sandy (known as “Superstorm Sandy”) was the deadliest and most destructive hurricane of the 2012 Atlantic hurricane season, and the second-costliest hurricane in United States’ history. The storm became the largest Atlantic hurricane on record with winds spanning 1,100 miles. Estimates as of 2015 assessed damage to have been about $75 billion, a total surpassed only by Hurricane Katrina.

In early 2013, engineering teams from Hatch Mott MacDonald and the New Jersey Department of Environmental Protection (NJDEP) began developing a plan for protecting this 3.5 mile coastline from future extreme weather events. This $23.84 million project was part of a much larger beach fill project by the United States Army Corps of Engineers (USACE). The main goal of this storm protection measure was to protect Mantoloking’s existing development and infrastructure from storm surges, sea-level rise and shoreline erosion. The design had to be both functional and constructible within a short time frame. A solution that could be built quickly would reduce the island’s exposure to future catastrophes. 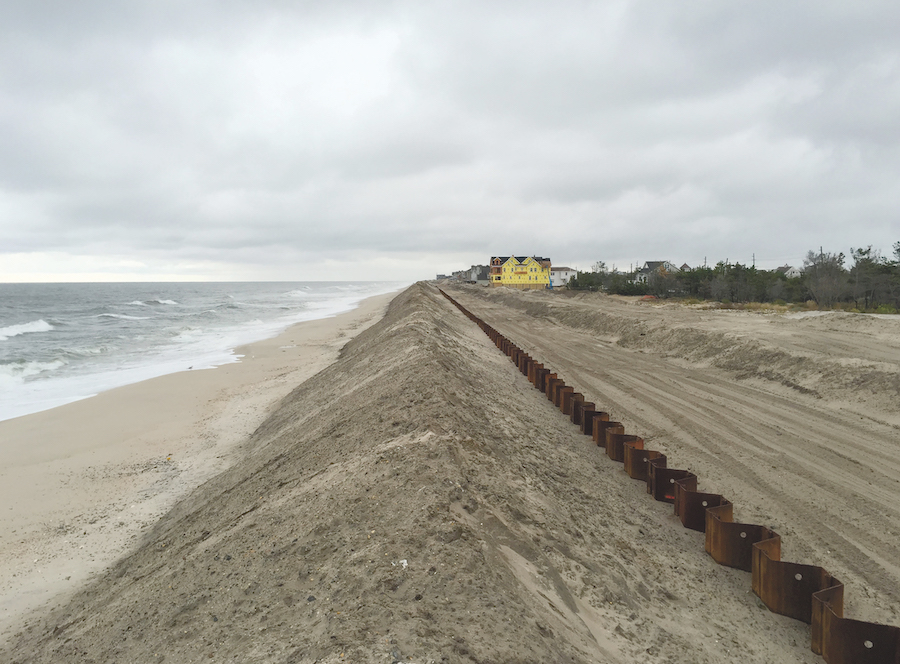 Part 1: Deciding on a SSP Wall

In the spring of 2013, the engineer was tasked with submitting a material cost estimate and fine tuning a few engineering details. At that time, Nucor Skyline provided the engineer with multiple estimates for various sheets and coating combinations. The engineering details and realistic cost estimate provided by Nucor Skyline was essential in allowing the engineer to secure funding for this project. The engineer had designed the entire wall using SKZ 34 sheet piles and Nucor Skyline became the supplier of choice for the steel sheet piles. He indicated that the significant height of the SKZ 34 sheet section at 18” was critical to the selection, as it mitigates instantaneous energy dispersion at the face of the wall from wave impacts.

In July of 2014, construction of the seawall at the foot of the Mantoloking Bridge began. The 45-foot long SKZ sheets manufactured using A690 marine grade steel were being driven into the beach. The sheets manufactured and supplied by Nucor Skyline are wider and more efficient than other cold form sections in the market and therefore require fewer sheets to be installed. Approximately 150’ of seawall was constructed on a daily basis. The toe of each sheet was driven to 30’ below sea -level. The top elevation of the wall matched FEMA’s 100-year Storm level requirement at +15 NAVD88. With continuous specification and design layout modifications, Nucor Skyline provided ongoing engineering support from the beginning to the end of the project.

The piling project which is expected to have a lifespan of roughly 75 years was completed in January 2015. Marine grade steel is able to stand up to the salt water and surf. The steel forms a patina (protective layer of rust) which helps to reduce the corrosion rate. The overall intent and approval of the wall was based upon it becoming a resiliency feature of the pending USACE beachfill and dune project, as the last line of defense or the “line in the sand” for protection when the future USACE project was at a potentially diminished protective value between renourishment cycles or after significant damaging storm events.

On July 10, 2014, during an on-site press conference, New Jersey’s Department of Environmental Protection Commissioner Bob Martin stated, “This project will help protect a segment of coastline that was breached during Superstorm Sandy, especially offering protection to Route 35 and residents and businesses that were battered by Sandy. Coupled with the forthcoming coastal protection project by US Army Corps of Engineers, this particularly vulnerable section of the Jersey Shore will be more resilient for future severe weather events.”

Robert Mainberger, P.E., Hatch Mott MacDonald’s Project Manager, said the marine-grade steel used in the wall is intended to have a minimum lifespan of 75 years and protect against a 100 year storm. “Typically, we expect that if it stays buried in the sand, it could last for 100 to 150 years, and if it is exposed to the surf we’re looking at a lifespan of 50 years.”

“Clearly this will provide long-term resiliency in combination with the Army Corps project that will follow,” NJDEP Commissioner Bob Martin said.

Even in its partially completed state, the pilings will provide protection to Mantoloking from any moderate storms that may hit.

The Mantoloking seawall would be the largest and longest coastal resilience sheeting project ever constructed in New Jersey. Supplying the huge quantity of sheets in an extremely accelerated time frame was the critical challenge.

Nucor Skyline provided the contractor an accelerated delivery and production schedule to meet the aggressive timeline of the project. By working closely with Nucor, Nucor Skyline’s parent company and coil supplier, Nucor Skyline was able to manufacture and deliver 14,000 tons of steel using a 15 truckload per day rotation from June to September 2014. Nucor Skyline’s vertically integrated supply chain allowed the production of sheet piling to start within one week of the order date and assured the complex fabricated sections would be delivered on time. The A690 coil used to make the sheet piles was 98% recycled material. 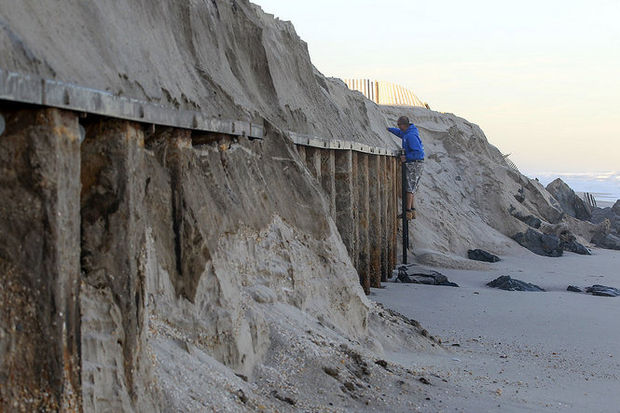 In addition to providing protection from future storms, the steel sheet wall which now calls the barrier island of Mantoloking home, is part of a much larger USACE beach fill project.

On October 2, 2015 Hurricane Joaquin sent 10-12’ waves smashing against the new seawall in the barrier island. The steel sheet pile wall was used as a first measure of storm protection and is currently the only line of defense against storms. “Everything we pushed up south of Brick Beach III has gone back into the ocean,” said Brick Mayor John Ducey. “At high tide, the ocean is hitting the wall, so there’s no sand for us to push up.” Brick Township officials say that a steel wall put in place by the state Department of Environmental Protection in Mantoloking and Brick to protect Route 35 has done its job. “The wall worked exactly as it should have,” Ducey said Monday. ”Instead of the water and the ocean going over the wall, the sand eroded downward, which is what it was engineered to do.”

In October 2015, the wall protected Mantoloking and Brick from heavy surf. According to Mantoloking police chief Stacy Ferris, “The wall did exactly what it was designed to do. Without that wall, we would have had breaches the length of the town.” 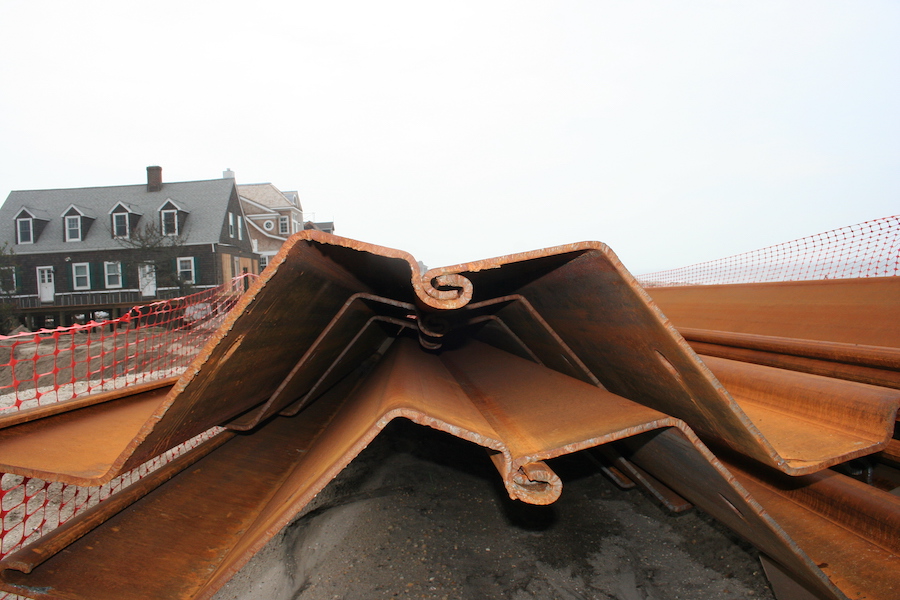 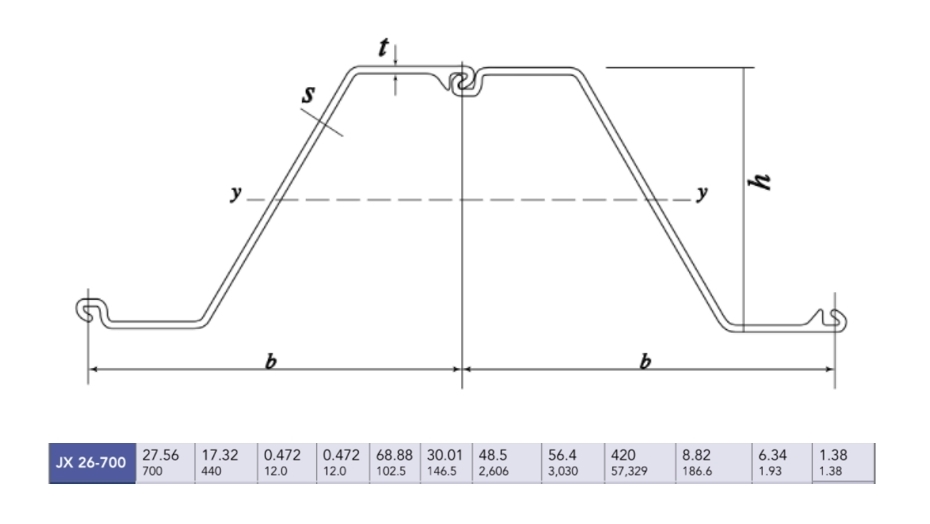