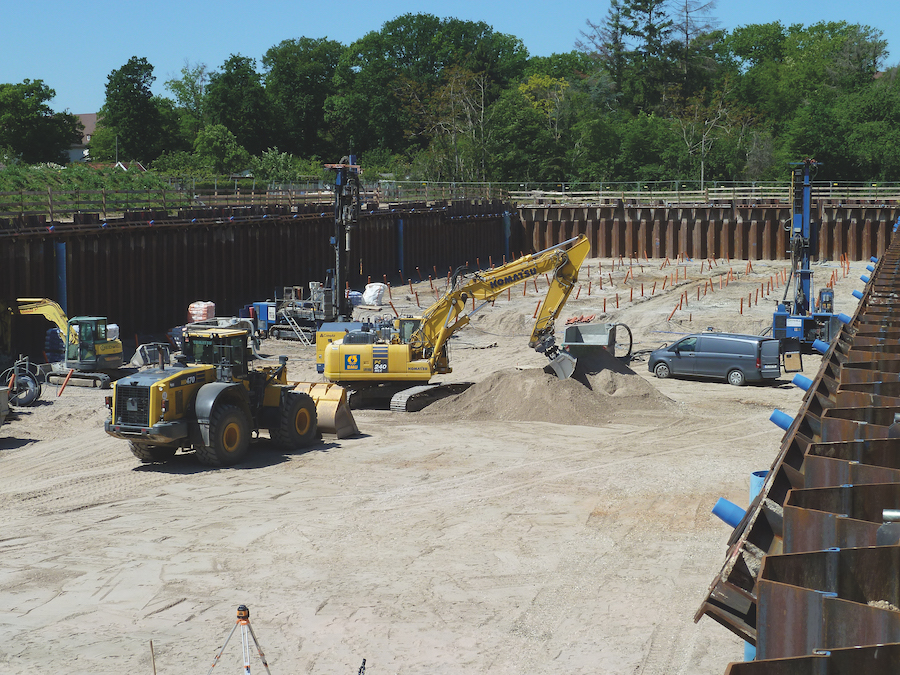 Karlsruhe, Germany – Electricity grid expansion, wind turbines, solar panels: When it comes to the energy revolution, these topics are often at the forefront. Heat generation and heat consumption, on the other hand, are less present despite the fact that the latter accounts for about half of all energy consumption. Economical and efficient energy use can significantly reduce the consumption of fossil fuels in the building and heating sector, reduce CO2 emissions and make a considerable contribution to environmental protection. Increased use of geothermal heat is a possible starting point, believes Dr. Frank Tidden, head of sales in the Bauer Umwelt division of the BAUER Resources GmbH: “A considerable amount of geothermal energy lies dormant underground, and can make an important contribution to an effective heating revolution.”

The Bauer Umwelt division of the BAUER Resources GmbH knows all about geothermal plants, as a recently completed project in Karlsruhe demonstrates: There, in the middle of a Technology Park in the “fan-shaped city”, a new administrative building is being built for Vector Informatik GmbH. Bauer was responsible for the trade “geothermal energy”. As part of this, 404 geothermal probes were drilled up to 35 m deep, four cement distribution shafts were built and connection lines were laid and connected. The highlight of the system: Underground energy can be used in two ways, in other words for both the heating and cooling of the building. “In summer the brine brings coolness up and transfers the warmth down into the ground to be stored for the coming winter,” explains Bauer Umwelt Project Manager Nico Beldermann. “The advantages: Badly ventilated or draughty offices, high heating costs in winter and overworked air conditioners in summer are a thing of the past.”

The Bauer part of the project was concluded at the end of June. After its completion, the new six-story building will not only have an innovative and sustainable heating and cooling system, it will also offer space for 600 workplaces, a connected parking garage with around 200 parking spaces, a multi-functional event area and a canteen. In this way, another part of the Technology Park Karlsruhe, around one quarter of the 31 ha area which is already home to 70 companies primarily from the IT industry, will be filled with life.