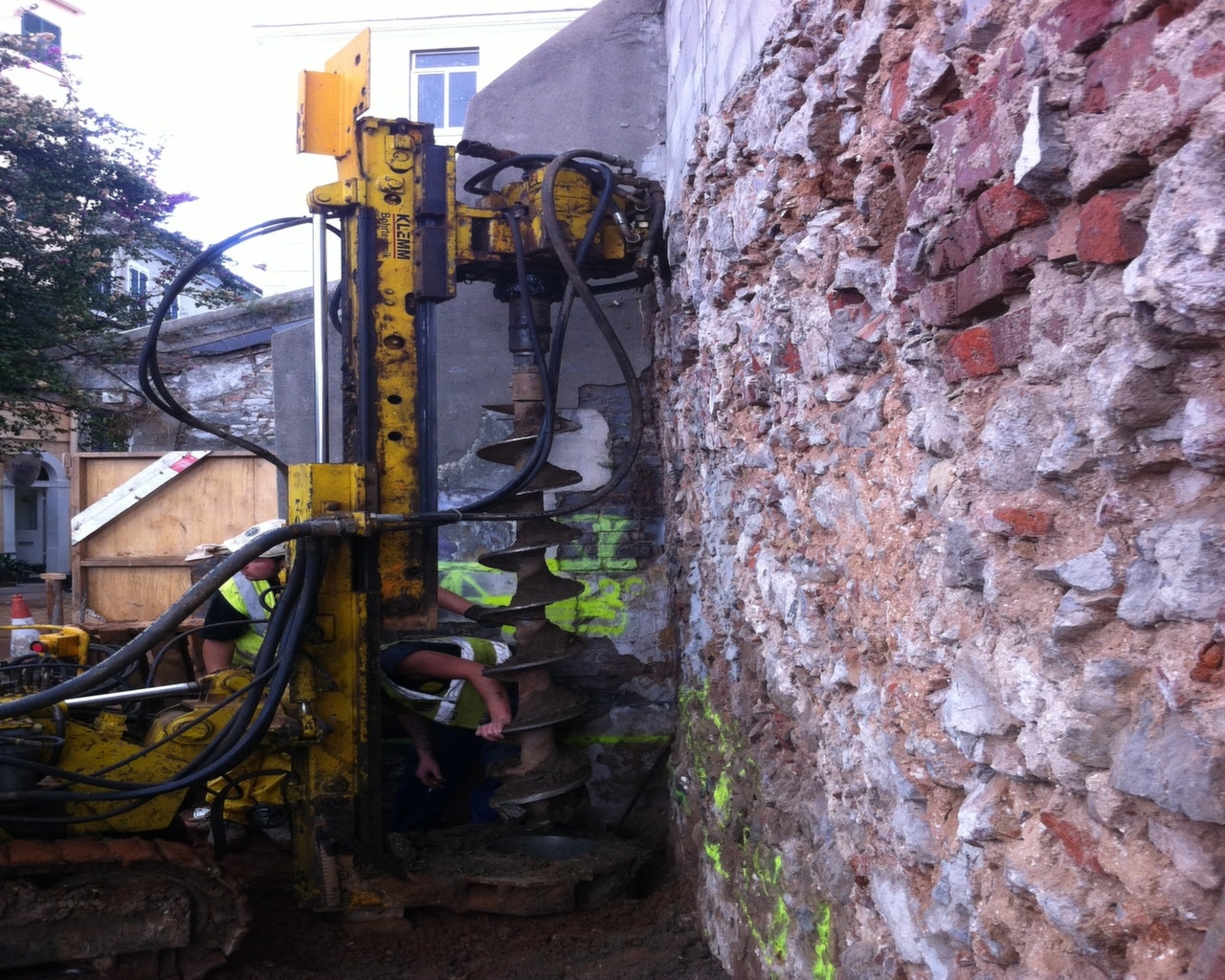 The Government of Gibraltar wished to provide additional parking in the centre of Gibraltar by developing the old theatre site nestled between a number of existing structures many of which were “dated” and listed as sites of historical importance.

The proposal for a new car park would include a basement levelrequiring a reduced level excavation of up to 7m. Access was restricted to one entry which included navigating the narrow City Mill Lane from Main Street to the site.

Having considered the geotechnical aspects of the site with a local consulting engineer the engineers at Roger Bullivant (Gibraltar) were able to install 280 piles ranging in diameter from 200mm to 450mm and from 10m to 15m in depth.  The plant equipment utilised on this project included the Klemm 701, a Kitten Rig and a Hutte.

With the geological make up of the site consisting mostly of red sands over stiff clays we proposed an augered solution for the vast majority of the piles whilst towards the back of the site where the ground was made of mostly fill and rock we proposed a drill bar solution. At the deepest excavation we also installed 5 number anchors to supplement the wall piles, these were 200mm diameter and 18m long socketing in the very hard clay/mudstone.

Despite many physical and logistical problems encountered throughout the project by all parties, we were able to complete all of the works set out in the required specifications to the satisfaction of the main client: Wilkie Ltd.