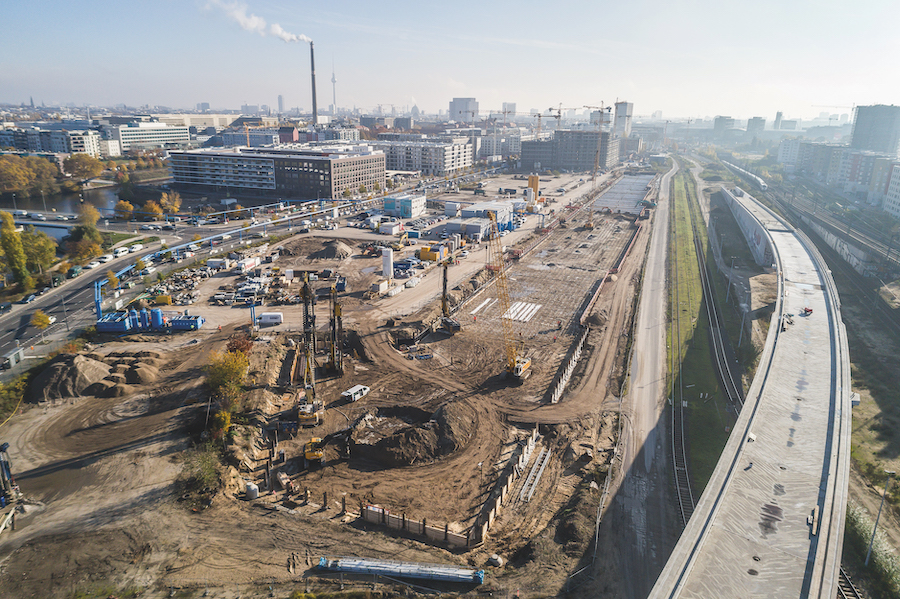 In the middle of the Berlin district Moabit emerges the new “Quartier Heidestrasse” (Heidestrasse district) in direct neighborhood to the main station and only a few minutes from the German Bundestag and the Brandenburg Gate. Divided into seven individual building complexes, the new district will provide space for residential and office buildings, commercial buildings, public streets and squares as well as green spaces, cafés and restaurants. The planned district comprises an area of around 11.5 ha and is part of the urban development of Europacity.

As part of this major project, BAUER Spezialtiefbau GmbH was commissioned with various specialist foundation engineering works for the sub-project “QH Track”. The industrial estate located in the future George-Stephenson-Strasse covers an area of around 23,000 m2 and is planned as a building complex with office use. The complex will consist of nine different structures: commercial buildings (“warehouses”) with over-high spaces are accentuated by individual slim skyscrapers (“pencils”). At the southern end of the chain of houses as well as at Nordhafenplatz and at the northern end, three striking buildings, which are being planned as “headquarters”, set urban development accents. The entire complex is connected by a two-storey underground car park, with the floor slab of the second basement level being located approx. 8.3 m below the ground level. 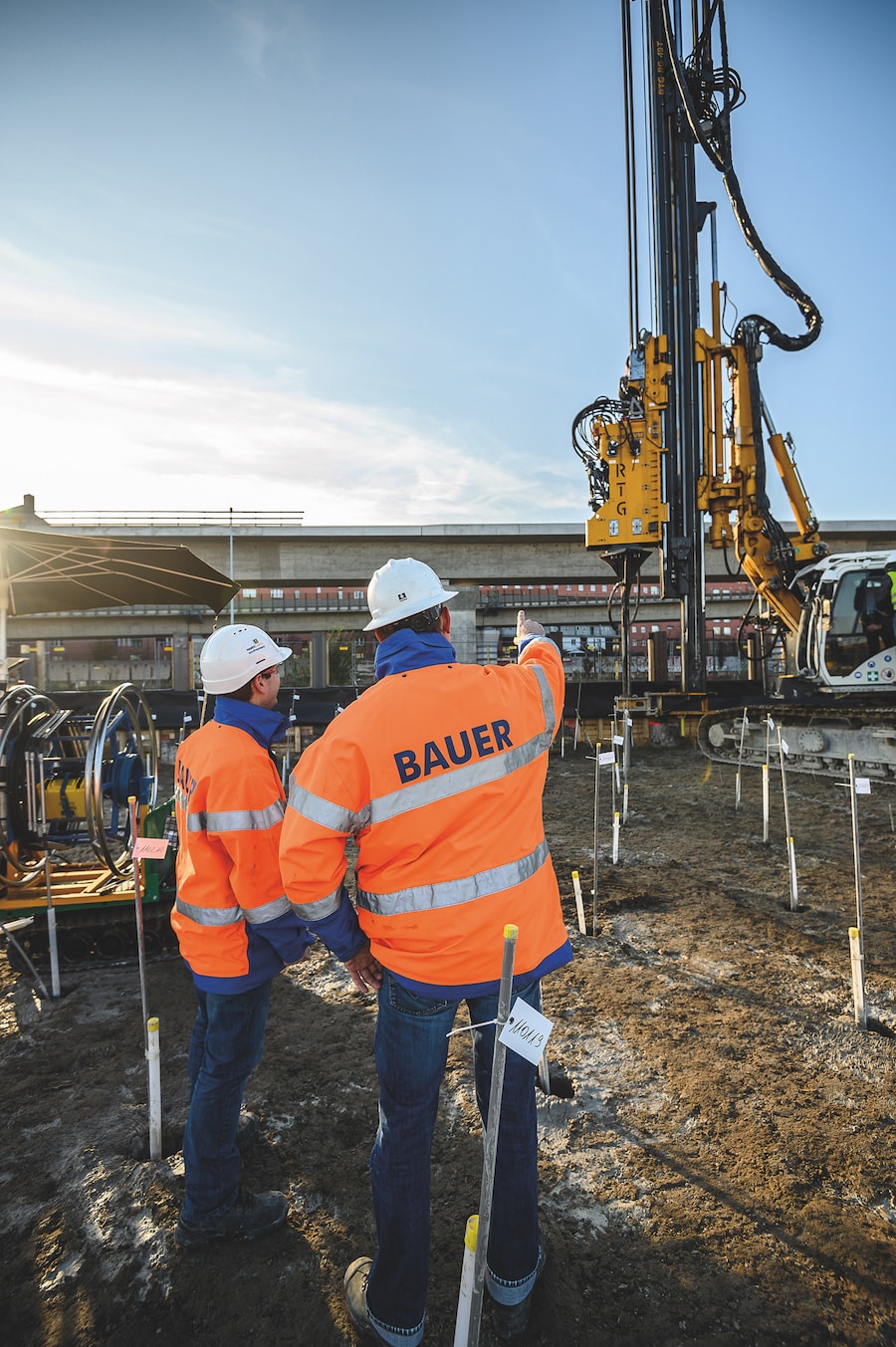 The underground car park will be constructed as a trough excavation pit with walls 0.55 m thick, using the mixed-in-place (MIP) method. “For the most part, around 23,000 m2 MIP wall will not be anchored back, but stiffened with pipe sockets,” says Klaus Wecker, project manager at BAUER Spezialtiefbau GmbH. In addition, the involvement and close coordination with the owners of the neighboring properties are essential: “For the execution of the MIP walls and the tie-back anchoring in a section of the excavation pit, the neighboring properties must also be used. There is a lot of building activity on the adjacent areas.” In addition, a plug-in support structure is created in the head area of the MIP walls, in order to secure the terrain jump between ground level and MIP wall top edge.

The horizontal sealing of around 16,000 m2 excavation pit takes the form of a silicate gel base (LWS base). For this purpose, an RG 19 of RTG Rammtechnik is used at a depth of around 16 m. In addition, the trough excavation pit is subdivided into nine smaller sub-excavation pits by a total of eight static non-effective sealing bulkheads to reduce the risk of damage. For the subsequent implementation of around 130,000 m3 excavated earth, a residual water holding is also part of the contract. An RG 25 and an RG 16 are used for the MIP work. The specialist foundation engineering works are expected to be completed in May 2020.