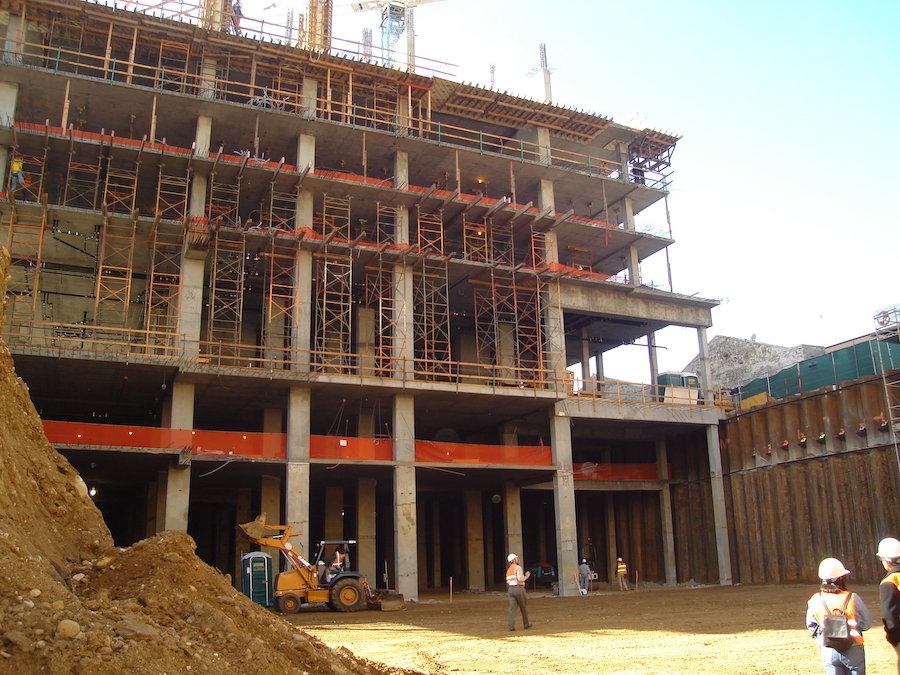 Designs called for three levels of below-grade parking to be included in the EVO-South condominiums. Below-grade construction can be costly when utilizing conventional methods. The overall expenses incurred within the building process, including time and material, were turning out to be much higher than budgeted.

Driving steel sheet pile, traditionally done in sections with vibratory or impact hammers, can be a noisy process that often disrupts surrounding communities. 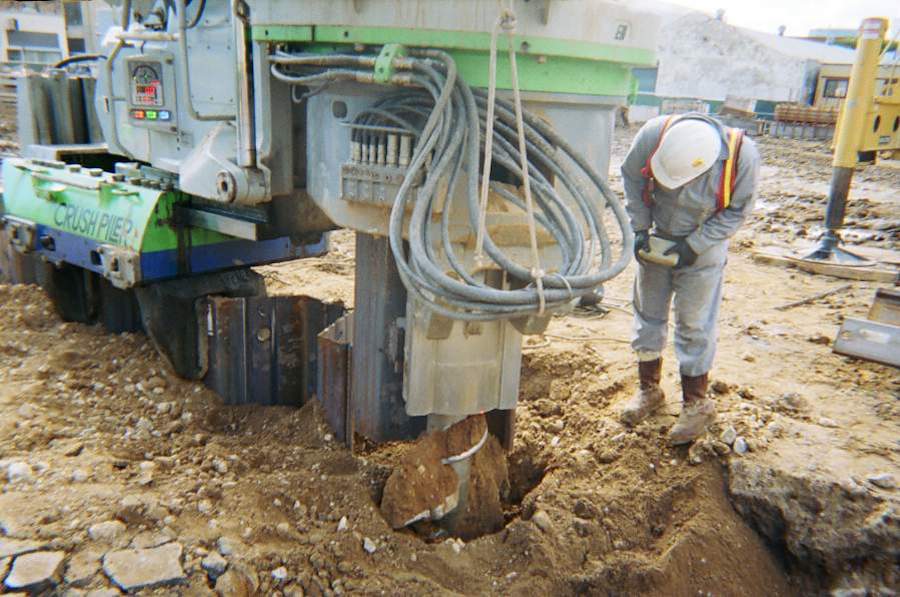 As the third, and largest, of the three-block development, EVO-South houses 311 residential units and 627,000 square foot of space. In order to maximize the footprint, Howard Wright Construction utilized the innovative top-down construction method to build three levels of below-grade parking. The steel sheet piles acted as temporary shoring and the permanent wall. This allowed for the construction of the superstructure to begin before the excavation was completed. The sheet piles also carried the vertical loads of the garage and the lateral loads for the building.

Skyline provided engineering expertise throughout the duration of the project and advised the use of AZ 36 steel sheet pile. Nonstructural seal welding of the interlocks not only provided a water barrier, but also acted as a vapor barrier against potential methane fumes.

Due to negative implications of loud hammering or vibration on neighboring buildings in the urban environment, as well as the presence of very dense (50 blows/3”) sands and gravels, a silent crush piler system was used. The crush piler system was able to hydraulically jack and drill the sheet piles into the hard ground with minimal noise and vibration.

Months were removed from the construction schedule through a modified up-down excavation sequence which allowed building of the superstructure to commence well ahead of conventional schedules. A significant return on investment savings were realized with an early project completion date. 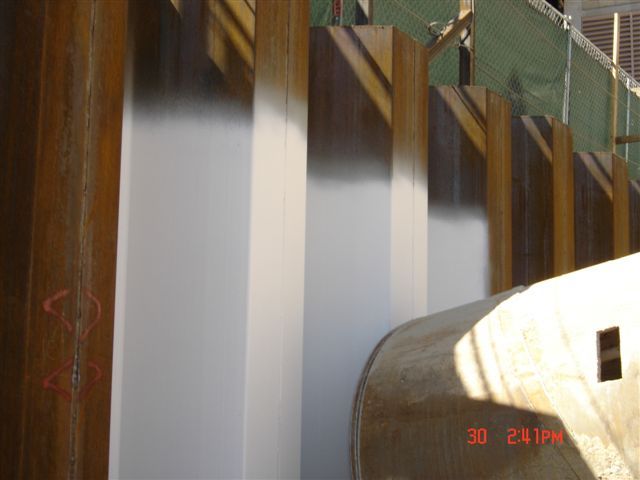 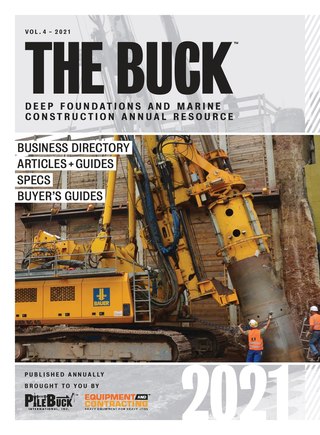