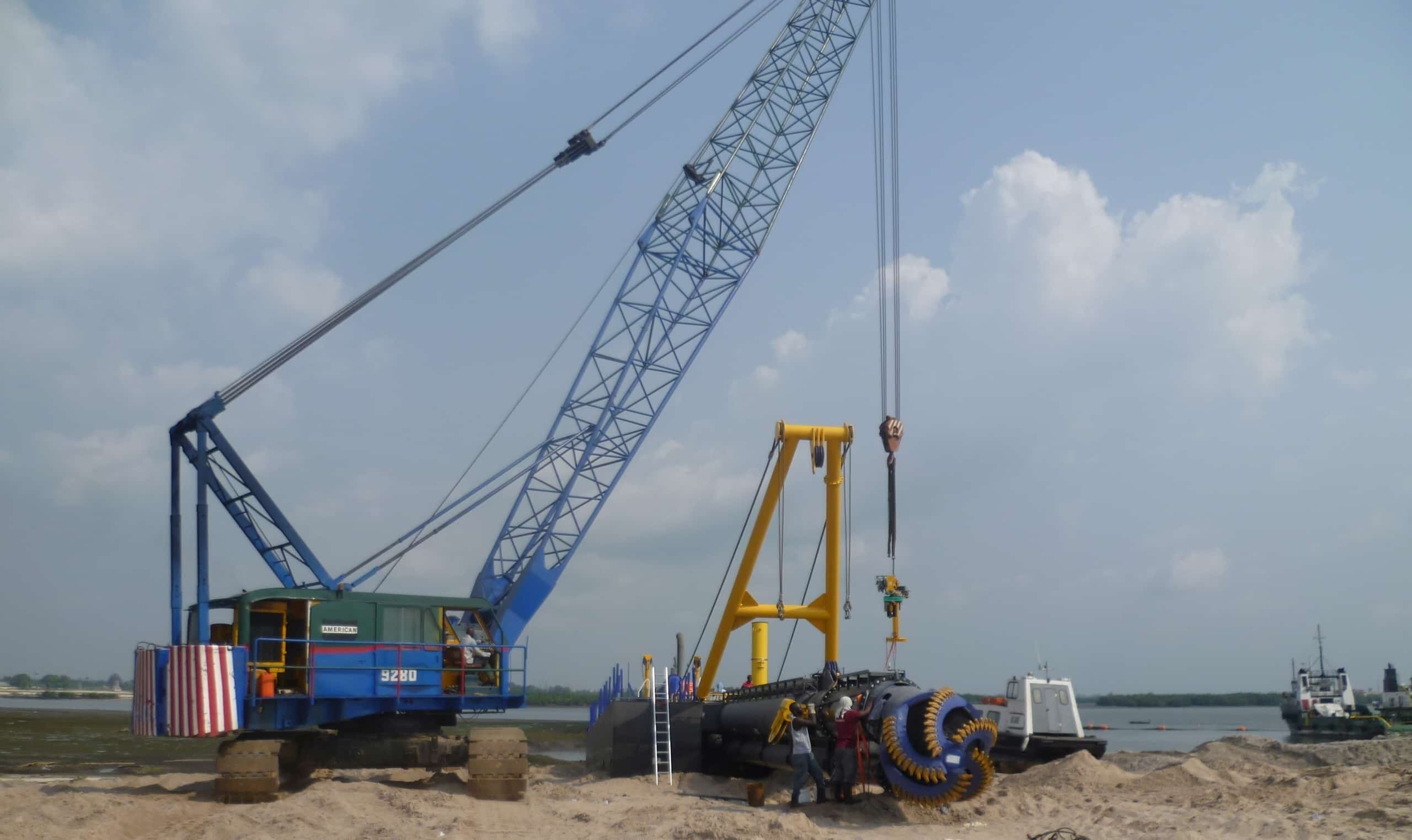 A Damen CSD500 has been delivered to Nigeria. The stationary dredger has been assembled on the beach and pushed and tugged into the sea over a ramp. The cutter suction dredger will perform maintenance duties in and around the harbours of Port Harcourt.

As all Damen cutter suction dredgers are dismountable, their transport is straightforward. The various elements such as the pontoons and control cabin were hoisted from the transport ship onto trucks. These trucks were unloaded on a Nigerian beach for dredger assembly on the spot. The crew together with a Damen field service engineer assembled the cutter suction dredger using hoisting gear available locally.

With the main pontoon placed on a wooden ramp, once assembled the dredger was pushed into the sea by two bull dozers assisted by a tug pulling the other end. The dredge design allows for this type of launching to make sure it can be deployed anywhere.

The CSD500 will perform maintenance duties at a dredging depth of -16 m in the wider Port Harcourt area. The dredge pump has a mixture capacity of 4.000 m³/h and with its respectable swing width of 40m its performance is impressive. The dredge project was started immediately as the Damen delivery included floating pipe line, land based pipe line, a complete spares package and 2 weeks of crew training by Damen field service engineers.