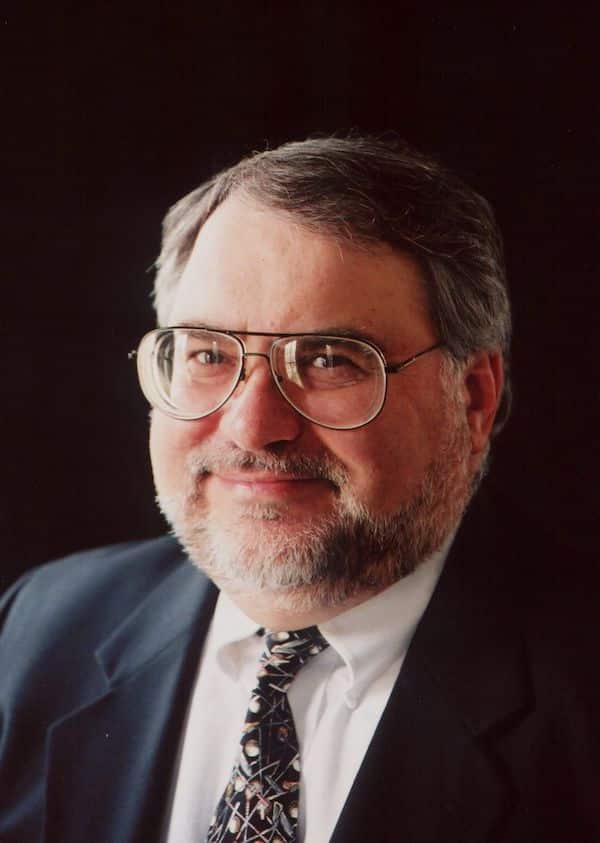 John Wolosick is the director of engineering for the Atlanta office of Hayward Baker Inc. (HBI), where he is responsible for engineering design and business development support for HBI offices nationwide.

With over 35 years of experience in geotechnical engineering and contracting, Wolosick specializes in slope stabilization, support of excavation, soil nailing, micro pile foundations including underpinning, and all types of grouting.

He holds Bachelor of Science and Master of Science degrees in civil engineering from the University of Illinois at Urbana-Champaign and is a registered professional engineer in 10 Southeastern and Mid-Atlanti states.

As an active member of the industry, he is the author of more than 35 technical papers, and was the recipient of the 2008 ASCE/Geo-Institute Martin S. Kapp Foundation Engineering Award.

PB: Please tell us a little about yourself…

MW: I was born in Springfield, Illinois the oldest of three children. My sister passed away about a decade ago so it’s just my brother and me now. I went to college not far from where I grew up at the University of Illinois at Champaign-Urbana. I got my bachelor’s degree in civil engineering in 1978 and my master’s in 1979.

I was good at math and science in high school and I liked the idea of building big things. I had thoughts about architecture and mechanical engineering but it was really civil that turned me on.

Once I got to Illinois, they were strong in the geotechnical area with the professors that were there. It was where Ralph Peck was from. He actually retired soon after I got to Illinois but there were a lot of other really good guys there at the time: Dr. Edward J. Cording and Professor Herb Ireland. They had an influence on me and shifted me towards geotechnical engineering.

I got the feel that you needed a master’s degree to really do geotech the right way and so I was able to get a research assistantship and continue straight through to receive my degree. That was in 1979 and I went across the country on job interviews and started working for Law Engineering in Atlanta where I have resided ever since.

PB: What was your progression from your starting job at Law Engineering to director of engineering at Hayward Baker Inc.?

MW: I worked for Law Engineering for about six years and then a small business that some friends of mine and I put together for about a year and a half. My best client at that time was Nicholson Construction Company and I ended up going to work for them in 1987. I worked there for nine and a half years and then joined Hayward Baker in 1996. I’ve been there for about 19 years now.

PB: How did you achieve your present position at HBI?

MW: I built a lot of good experience over time at Law and Nicholson. I was interested in design of earth retaining structures which I studied in graduate school. In the late 80s, micropiles came around.

At that time, I worked with John Clark, vice president at Nicholson, and Seth Pearlman. We had some really interesting micropile work that started out with bridge repair for the Maryland Department of Transportation in Pocomoke City, Maryland.

We went on to do some challenging and exciting micropile work around the Washington, D.C. area. One was the Bernstein Building. It was part of the Inner Harbor development and the Shot Tower Station along the Baltimore Metro Subway line development for the Baltimore Metro. There was the Postal Square Building project which houses the National Postal Museum in Washington D.C. next to the capital. Those were exciting and fun micropile projects when micropiles were just getting started.

PB: What is the company culture like at Hayward Baker? Their posters creatively show the integration of the earth, foundation projects and environment which is fascinating.

MW: I would say our company has a unique culture. Primarily, it is a culture of having fun-at-work, integrated with good business sense and putting decisions down to the lowest level.

We are a very flat company. We allow young people to make important decisions and empower them to do such. We are professional but laid back.

If you’re not having fun at work you need to get a different job. We plan a lot of social events. We do a lot of internal training for young people. We have a very unique project manager’s conference every two years that has been going on for decades now.

It’s a very large group with well-over a billion dollars a year in construction in North America.

Keller is located in London, England and is the largest, independent foundation contractor in the world. They are in the 2.5 billion-dollar-a-year range.

PB: Hayward Baker is independent within the group?

MW: Yes. The North American director of Keller is John Rubright who used to be president of Hayward Baker where is started when he was 22 years old.

PB: I see that Hayward Baker was ranked number one by Engineering News Record (ENR).

MW: We have a lot of offices in North America. Last year we did over $550 million. We’ve been the largest in that ranking for at least a decade.

PB: You became the president of the DFI. What is your vision for the organization?

MW: Foremost, I would really like to instill a kind of esprit de corps that I think a company needs to succeed. We have a very strong administrative staff led by our executive director Theresa Engler.

What we did at our most recent board of trustee meeting was that we got everyone shirts and hats that said DFI to try to get everyone pulling in the same direction. I think that is important to feel that we are all on the same team.

What I really think is the strength of the DFI is that it is based in the roots of our technical committees. That is, honing-in on different techniques, developing technical committees where people get together and work towards achieving goals is what has really developed the DFI through the years

Four years ago, we started the project committee fund which is funded at the level of about $100,000 a year. Our committees can submit proposals to do research. We felt that the success of DFI has led to monetary gains and we wanted to give that back to the community.

Funding research grants back to our technical committees lets them research and investigate things that are important to their businesses and therefore advance the deep foundation industry.

I’ve been the chairman of that project committee fund since its inception and we have a great procedure and a solid team. We accept the proposals, evaluate them, discuss and vote on awarding those research grants.