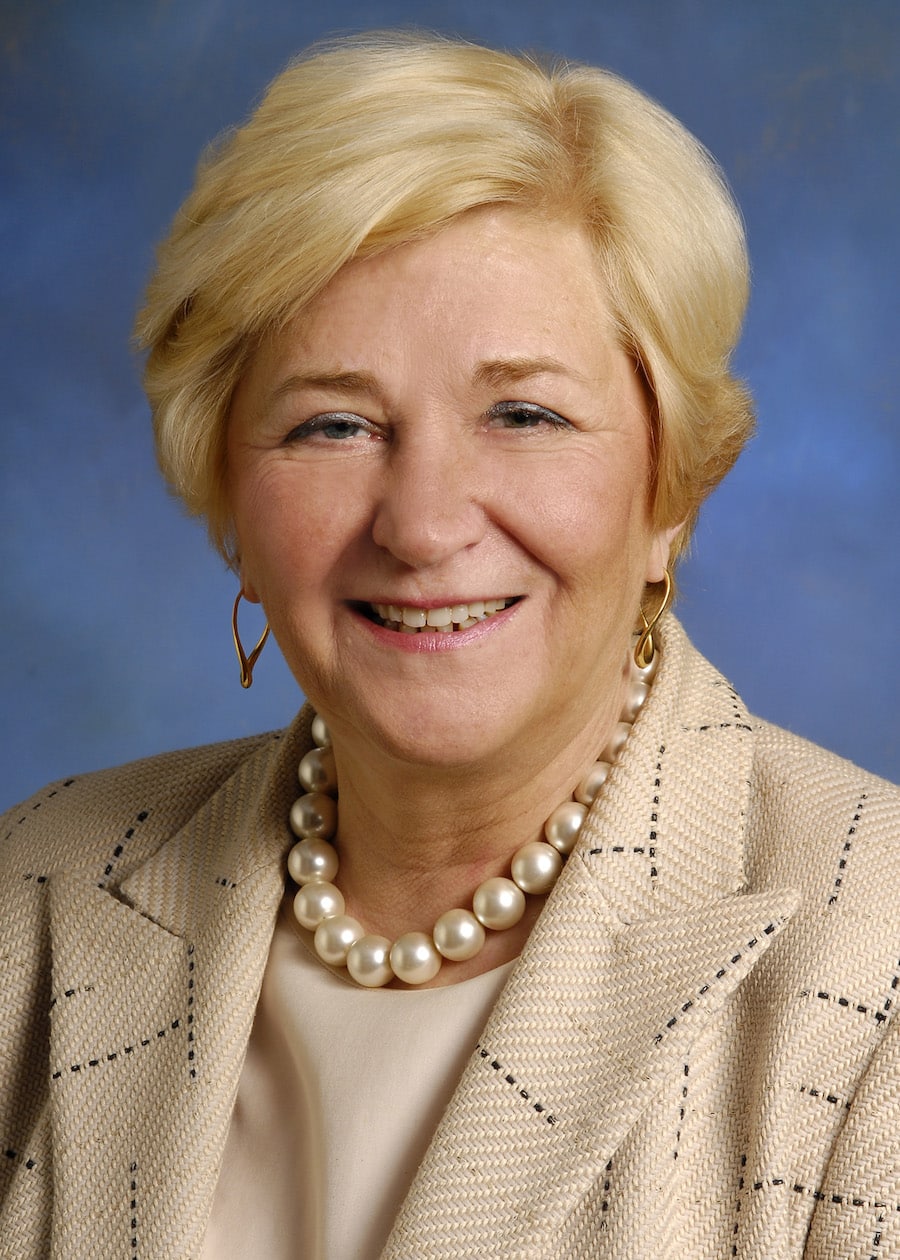 Pile Buck: Can you discuss your involvement in public-private partnerships, particularly in the US.

Shirley Ybarra: While I was Deputy Secretary of Transportation for the Commonwealth of Virginia, I was the author, the main driver, of the first public-private partnership bill in the United States. It’s now known as the Public-Private Transportation Act of 1995.

We were one of the first out-of-the-box with very broad legislation which included every kind of transportation for capital projects, as well as, maintenance and operations. Seventeen years later, it is still considered the model in the country. I’m very proud of that.

There are now 33 states that have public-private partnership bills. We call them P3s.

They were both owned and operated by the FAA [Federal Aviation Authority]. Their little budget wasn’t even decimal dust on the FAA budget. They kept their books like any other authority or going business, but, to spend money, they had to go through the appropriations process so it was very difficult for these airports, for National [or Dulles] to be improved.

We have now passed Moving Ahead for Progress in the 21st Century Act (MAP-21) that takes effect October 1, 2012. Passing this bill was a very convoluted process, very different from what we had done before. This funding authorization will be for two years rather than the usual six year transportation bill.

We have some good environmental streamlining processes; it doesn’t mean eliminating environmental issues. It means trying to streamline it and trying to get the resource agencies to agree at the same time.

There were some good things in it [MAP-21]. Only two years, frankly, after the election, we start again because it’s going to take us all that time to begin to shape a new highway bill.

The real question is: are we ever going to be able to fund the highway fund the way we used to?

So what we need to be doing is thinking now: What’s the next way that we fund transportation.

When you ask them how much they pay in gas taxes every month, virtually no one guesses that they pay around $200. Now, can we really fund our transportation system on that?

We need to be looking at other ways to do it. It may be tolling, more tolling. It may be we need to consider vehicle-miles-travel charges, in other words paying for using some of the highways on a per-mile basis

Virginia is being very good at it [finding funding revenues]. Florida is being very good at it. [One new source is] HOV converted to HOT. HOT being High Occupancy Toll Lanes. It’s giving you a choice paying for the expansion. If you are a single driver, you can hop into the toll lanes. The states can decide options for you to go into the HOV lanes.

We found that this has been a huge boon in Florida Interstate 595 from Miami up to Fort Lauderdale.

In December, we are going to have the beltway HOT lanes opening in Virginia. This is where they’re going to add two lanes in each direction. You’re either going to be HOV or pay-the-toll if you’re single or there are two people in the car. It’s guaranteed at least 45 mph, so these [HOT lanes] are being used in about 20 or so projects around the country.

In reality, not only do the HOT lanes move well, but, if you move a few cars off the general purpose lanes, they remain open and they remain free. Those lanes move better so everyone benefits.

Pile Buck: One of the things you wanted to talk about in aviation is something called NEXGEN.

Shirley Ybarra: Yes, N E X GEN is the next generation of air traffic control. It is the way to increase the capacity of airspace and the runways which translates to being able to put airplanes closer together safely, and I empathize, safely.

It would no longer be the old fashioned technology that we’re now using created in the 1940s and the 1950s. This type of air traffic control is hi tech, next generation. We need not only the equipment on the ground, but, what is more important, the equipment in the airplanes.

The airlines are reluctant to put the equipment in the airplanes before they see the equipment on the ground. You can see the chicken-egg sort of thing.

Let me loosely use the word privatized, but it’s not. It’s often a government corporation. Corporatized would be a better word for it. The FAA would: oversee and set the standards and require that agency, or, that corporation, to do what they need to do.

NAV Canada is a very good example where they had the airlines, the business jets, the general aviation, and everyone come together. They are on the board of directors. They set the standards. They buy the equipment.

The U.S. has not been able to do this type of organization and has had a very difficult time even contemplating what to do, how to do it, meanwhile, we are stuck with equipment and procedures that are back in the 1960s.

Pile Buck: Your career path seems serendipitous. Did you have a plan?

Shirley Ybarra: Not really. One job led to another.

While working on my bachelors in business at University of Nebraska, I was asked to write a thesis. When I wasn’t sure what I was going to do, a professor suggested I go to graduate school which I did. I wrote my thesis on the railroads. It was an obscure, historical subject and he used it as a footnote in a publication later.

After graduating with a masters in economics, I left Nebraska and went to the West Coast where I got a job in the aviation field primarily because I knew what a “ton mile” was. I did revenue and expense forecasts for back-up support for the revenue bonds of various airports.

A couple of years later, I moved to New York to join Simat, Helliesen and Eichner, one of world’s largest air transport advisors. I rose to become vice president and partner. We did major policy and studies on airline deregulation for both the U.S. DOT and the Senate to show what it would look like if we didn’t deregulate or if we did.

I was traveling to Washington and got to know many people. In the early years of the Reagan administration, a friend who was the Assistant Secretary for Policy and International Affairs, suggested I should come down to Washington and work for the new Secretary that was coming.

I was very irreverent at the time and told him the government didn’t pay enough. My friend asked that I meet the new secretary when she was confirmed. Her name was Elizabeth Dole.

I met with her. Two or three months later, I was seated as her senior policy adviser, Special Assistant for Policy. The grand thing was that this job had no line function. What I had was all the special assignments, all the fun things to do.

When Elizabeth and I were discussing National and Dulles Airports being hampered by being part of the FAA, I suggested they be put into an authority. Elizabeth asked to put my suggestion into a one pager.

Then, I found out it had been tried eight times since 1950. This felt like the career-ending thing that I had just suggested.

As it turned out, it was not. It took three and a half years to work through the issues with Congress, the District of Columbia, Virginia and Maryland, none of whom, wanted to let go of their airports. Through legislation in 1987, Congress transferred control of the airports from the FAA to the new Metropolitan Washington Airports Authority.

When Elizabeth left in 1987, as a political appointee, I also left the U.S. DOT. I went up to Boston and ran a company. I missed Washington so I came back and worked for a small consulting firm.

A friend suggested I send him my resume for a position in the newly-elected Virginia Governor George Allen’s administration. I did one better and handed him a copy of my resume. The next week, I received an application form.

After a quick interview process, I became the Deputy Secretary of Transportation. That’s where I worked on the public-private transportation act of 1995.

Jim Gillmore was elected the next Governor. There is always tension between the existing regime and the new regime. It’s not the norm to be promoted by the new regime. But, that is what happened.

Again, with encouragement from friends, I went through the interview process with the new regime and ended up being named Secretary of Transportation.

I spent another four years in Richmond and I wouldn’t trade that for anything. It was really great fun.

I started my own consulting firm and when the Reason Foundation had an available position, I wrote to them . . . and here I am!

Best Practices for P3s: The MAP-21 agreement requires the U.S. Department of Transportation to compile best practices on how the government can work with the private sector in the development, financing, construction and operation of transportation infrastructure, and requires the Secretary of Transportation to provide technical assistance upon request. The Secretary is also required to develop standard P3 transaction model contracts within 18 months and make such model documents available to state and local governments.